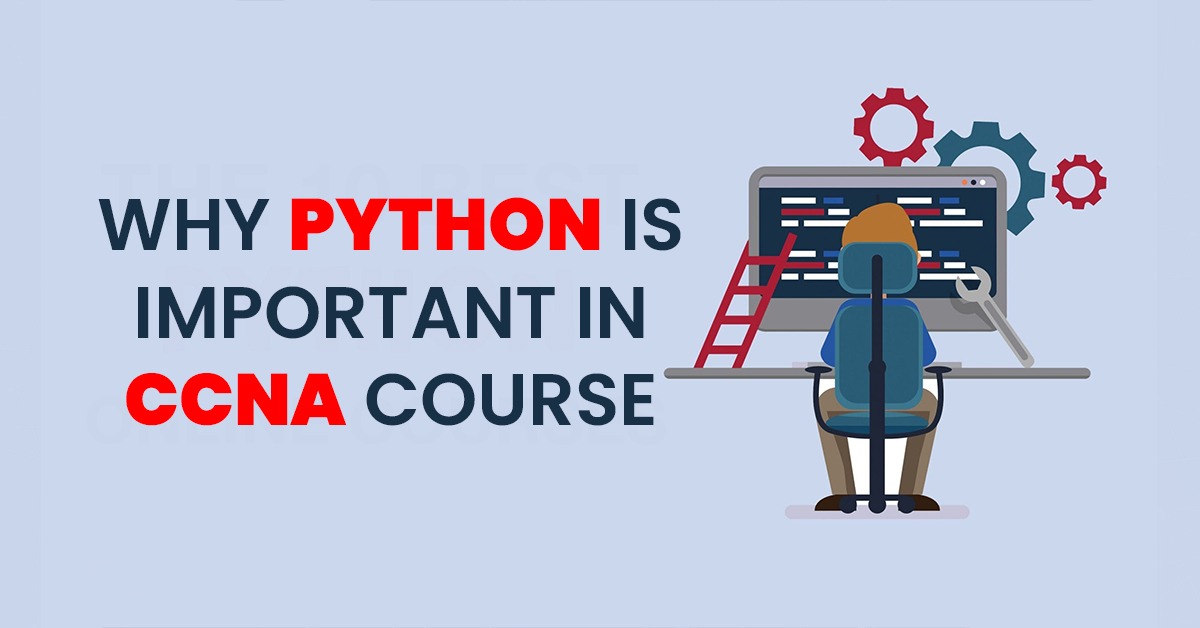 Python is a programming language. This is object-oriented, interactive, and interpreted language. It includes very high-level dynamic data types, dynamic typing, modules, and classes. It also supports other programming like procedural and functional programming. Python also supports multiple programming systems beyond object-oriented programming. It has interfaces to many windows systems and also with C and C++. It has remarkable power in combination with syntax. Also, people use python as an extension language in many applications. It is portable and flexible on many Unix variants like Linux, macOS, and windows. It plays an essential role in the CCNA course. Python is the most widely used language during software development. It is a significant and critical language for a network engineer.

People often wonder what is the role of python in CCNA course. . A CCNA certified person must have an idea about python language. Nowadays, a CCNA person must know about python.

After proper training, you will get an idea about the role of python in CCNA course. People use python not only for gaming development or web development. It is also used in automation networking. But using python, anyone can build their software or script and can make something useful stuff from this. It is beneficial for a person to have any idea about the programming language, not necessary that they are CCNA certified. Suppose you are working in a larger organization consisting of more than 500 workstations and making an automation network system that runs in all workstations. AT that time, if you have any idea about the programming language, that will be helpful for you. You can manage your data through this.

Job opportunities after python and CCNA Course, you can get after proper training in

Why is it important to learn about python language for a network engineer?

Easy to read, learn and write: this programming language is straightforward than other programming languages like C/ C++. To perform a simple task, it requires less line of codes as compared to others. That is why beginners also prefer this in others. It is easy to write and understand, that is why its popularity is increasing day by day.

Free and open-source: this comes under OSI approved open license. You can use it, download it for your purpose that also free of cost. You can modify and distribute your version of python too, and that is helpful for the organization.

Portability: in many programming languages like C/ C++, if you want to use that, you need to change your code, but that is not in the case of python. That is why it plays a significant role in the CCNA course.

This language is one of the essential and crucial codings for a network engineer. If you want to get more idea about this can join CBitss for more knowledge.

Will there be RHEL 9?